Do you like droning music? Of course you do! Be it the heavy and overwhelming wall of massive noise that Sunn0))), Boris or Earth provide, where the aim seems to be to obliterate your mind/ears/body/soul, or the beautiful ambient drones of Stars of the Lid and early Emeralds, drone is always a winner.*

There are of course many other kinds of music in which drones play a vital part: The Velvet Underground, Oneida and Fennesz all like to drone from time to time, and there is a lot of droning in the music of minimalist composers like Steve Reich, Philip Glass and Arvo Pärt (all of which I should listen to more).

But I think the purest example of drone I have yet heard would have to be ‘Really Eternal Music / Your Bloated Hard Drive’, recently produced by Tim Hecker. Well I say it is by Tim Hecker; originally, I am told, it was produced by the American composer La Monte Young in 1969, under the name of ‘The Black Record.’** What Mr. Hecker has done is stretched out The Black Record to 13 TIMES its original length, so that it is now 10 HOURS long. A full ten hours! And that ten hours is filled entirely by slowly shifting tones (no particular instruments are discernable), droning on into infinity. It is pure sound, without melody or rhythm. It is, quite simply, drone.

You probably don’t want to spend 10 straight hours of your life listening to drone- indeed, neither do I (well not right now anyway). But it does sound very good, and it is good to know that i have a virtually infinite supply of pure droning sound on tap in case I fancy some. It might work well for essay writing too… I’ll have listened to it all at some point (40 minutes in so far!).

‘Really Eternal Music / Your Bloated Hard Drive’ (being over a gigabyte, its called that for a reason) is available here . 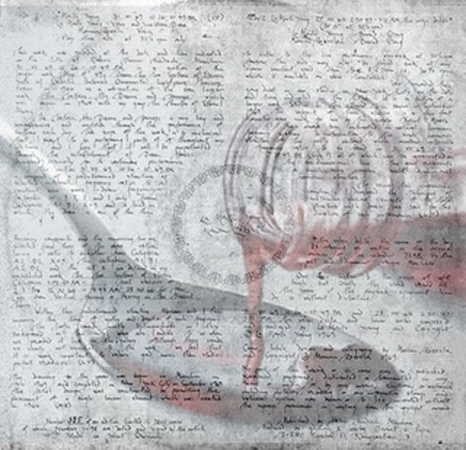 *Well, maybe it isn’t always a winner… But I do love the drone.